I’ve spent the last few days – well, actually I’ve spent the last few days getting ready for the twins’ fifth birthday party, writing multiple adventures for Pelgrane Press, fighting to stay on top of freelancing, and buying replacements for the many, many different things that broke last week (phones, dishwasher, car.) In the brief gaps between such things, though, I’ve processed the second round of edits on book 1.

Most of the changes are minor – clarifying some motivation, sorting out chronologies, cutting some poor choices – but the book feels stronger now. And it’s only in this last round of edits that I’ve realised where two major elements in the book come from.

I’ve always known that the city of Guerdon is partially based on Cork – the description of the harbour is a dead giveaway – but I’d previously have broken down the formula as “30% Cork, 30% London, 10% Edinburgh, 30% fantasy weirdness”. The Cork percentage should be higher; it’s only now that I’m detached from the book that I can see how much of the university sequence is based on UCC, for example.

The other is Spar. I thought that the major inspiration for the character was my own, thankfully temporary experience with a sequestered disc. I spent several months in pain, unable to walk or stand for long periods. While that might have been the initial hook I used to get into the character, the real inspiration was someone else’s experiences altogether. A friend of mine died from a brain tumour after many years of decreasing physical capability. I was there for a large portion of his illness, injecting blood thinners or helping him stand or push his wheelchair – or, more often, running games and hanging out and turning things into sheep in World of Warcraft.

No, not ready to talk about this aspect yet. Have an awkward author photo instead. 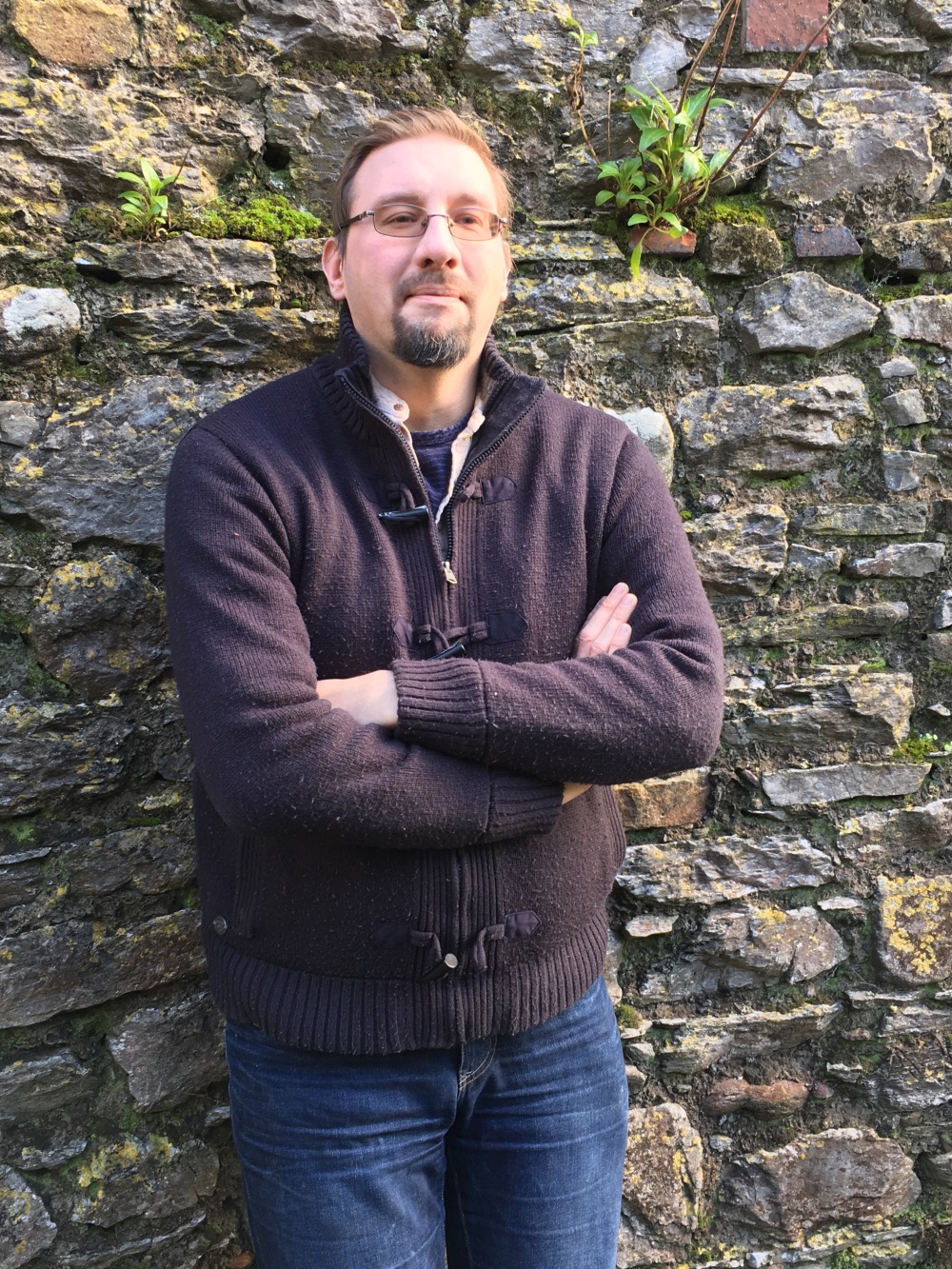